At the start of the Easter holiday we received the sad news of the death of former Wellsway School headteacher, Mr John Narey. Mr Narey made an outstanding contribution to the school and to the community it serves; our thoughts are with his family at this sad time. The following tribute has been written by Mr John Smith who served alongside Mr Narey as deputy headteacher:

“John Narey who died at home on Saturday 4th April after a long battle against illness was appointed Headteacher of Wellsway School in 1974 and held the post until his retirement in December 1989. He had held earlier teaching posts in the north of England and in Birmingham.

A man of considerable intellect and great energy who was passionate about education, he worked tirelessly to make Wellsway one of the most successful schools in the county. The school was well known for its high academic and sporting standards and for achievements in all fields.

A graduate in modern languages, John was a key figure in the establishment and promotion of the Keynsham/Libourne link. The school held very successful annual exchange programmes for students with the lycee and college in Libourne and with a gymnasium in Hannover, and John would often accompany visits. He and his wife were very hospitable and would accommodate foreign teachers from partner schools visiting Keynsham in their home.

As a firm believer in involving parents in the school, John helped build up a very successful PTA which through regular dances, craft fairs entertainment evenings, auctions and the ever-popular Autumn Fair raised thousands of pounds for the school. Not one to sit back and let others do the work he was always there with his sleeves rolled up in the middle of the action.

When the management of school budgets was passed from the local authority to schools, Wellsway was chosen to be one of the first in the county to trial the scheme and so successful was John's management that he was asked to advise others.

John's interests were varied. A keen sportsman who played soccer and cricket in his younger days, he took up golf when he moved to Keynsham and as an active member of the course at Saltford, he wrote a history of the club. He also enjoyed ski-ing and would often accompany the annual school ski-ing trip. Well-read and with a wide general knowledge he wrote numerous quizzes as well as participating in competitions himself. He worshipped at St Dunstan's church in Keynsham.

John is survived by his wife of over fifty years, Val, and his son, Dominic, and daughter, Catherine. Another son, Damian, pre-deceased him”.

How will GCSE and A level grades be calculated?

How will GCSE and A level grades be calculated? (Pdf)

Letters to parents and carers 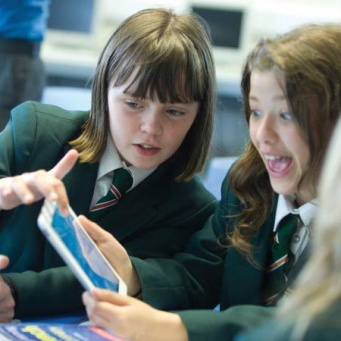 Well done to our students for making it through to the end of a school year like no other. We are extremely proud… https://t.co/FxP5oSTxgo
6 days, 22 hours ago